The Eyes of Evolution – A journey into the Galapagos

It began as a seed planted by a high school biology teacher over 25 years ago. The teacher shared his enthusiastic views around DNA, the writings of Darwin and this little group of islands called the Galapagos. This past January that seed finally blossomed into a journey to the Galapagos’ archipelago for local photographer and traveller Cheryl Goodwin.

“It is truly hard to place words around the abundance of life that encompasses these isolated volcanic rocks. The only thing that surpasses the sheer number of creatures is the bizarre nature of so many of the species. Through the simple lens of my camera I discovered critters with a story as unique as their individual DNA.”

Cheryl elected to partake in a budget “island hopping” tour instead of the typical boat bound expeditions that the islands have been become known for. This option allowed for her to wander the streets of the four main human settlements scattered throughout the islands and see firsthand how the human footprint (including her own) has the potential for disastrous results in the future for the island’s fragile ecosystems.

On Sunday, October 27 at 2:00pm, Cheryl will turn on the projector at Calgary’s Aero Space Museum to present a travel talk around her recent adventure. The show will feature images of the fascinating fauna of the Galapagos, and look at the toll human development is having not only on the original inhabitants but also on the island’s scarce resources.

Tickets are $25 and may be purchased at the door or through Cheryl’s website at http://www.good2gophotography.com. All proceeds from the show will be going to the “2 by 2 Rebuild the Zoo” a campaign launched by Calgary’s Zoo to repair the devastation that occurred from the June flooding.

Thank you for your support.
Read More 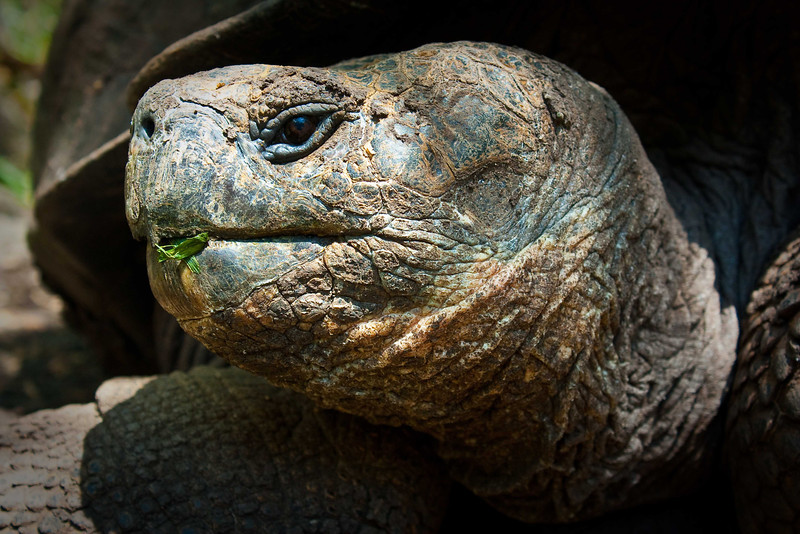 “Imagine”
Imagine the wisdom of something as exquisite as a Giant Tortoise. Used as living on board protein of early pirate and merchant ships – it is a wonder that any of these miraculous critters still are even in existence. Their gentle demeanor far exceeds the trust any species so vulnerable should ever place in humans.